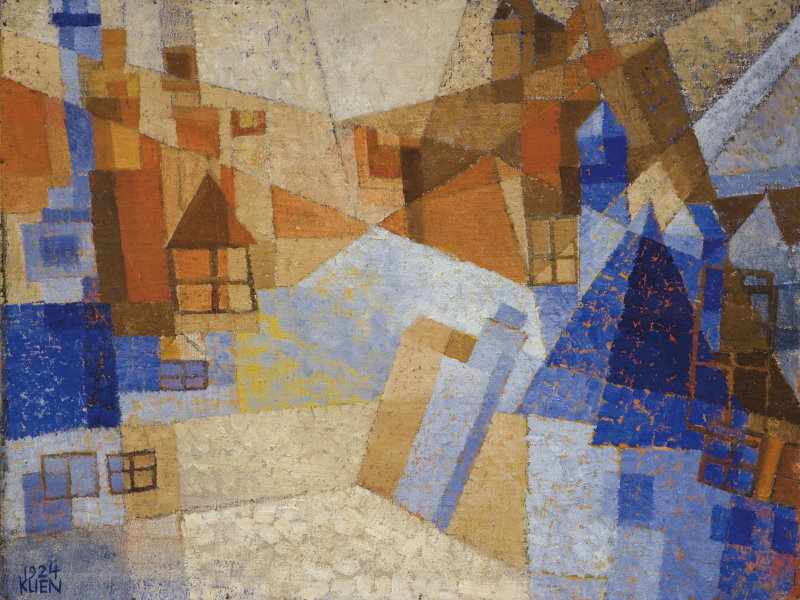 After more than 20 years, an exhibition of the Austrian-American artist Erika Giovanni Klien can be seen in Vienna. From May 18 to June 30, the galleries W&K - Wienerroither & Kohlbacher, Galerie Kovacek and Galerie bei der Albertina Zetter will present a joint exhibition on this important artist of Viennese Modernism. With her works she is considered the most important representative of Kinetism.

The oeuvre of Erika Giovanna Klien includes village and city views, figurative works, but especially geometric compositions. Influenced by music, theater and dance, movement and rhythm were essential forms of expression that shaped her entire oeuvre. In addition to important paintings, the joint exhibition also shows numerous works on paper and provides a comprehensive view of the work of Erika Giovanna Klien, whose artistic work is undoubtedly one of the most exciting positions of the Austrian avant-garde.

Erika Giovanna Klien was born on April 12, 1900 in Borgo di Valsugana in Trentino. From 1919 to 1924 she studied at the Vienna School of Arts and Crafts, which already since the days of the Secession had a reputation as a progressive place of training and activity for visual artists. Under the direction of Franz Cizek, ornamental form theory was also taught here in the first half of the 1920s, which also included an intensive examination of the Italian avant-garde. Between 1924 and 1925 she completed her master's year with Franz Cizek and graduated as an art teacher. She then worked as a graphic artist and taught art at the Elizabeth Duncan School in Klessheim, near Salzburg, from 1926 to 1928. In 1929, the single mother emigrated to the United States with her son. Between 1930 and 1940 she taught at important art schools in New York. She also earned her living with advertising designs. In 1957 the artist died suddenly of a heart attack.

Today, Erika Giovanna Klien is considered the main representative of Viennese Kinetism, who made this art movement known outside Europe. Works by the artist can be found today in the collection of the MoMA in New York, the Belvedere Museum or the mumok in Vienna, among others. 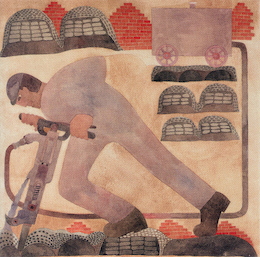 Dancers (Study for the Dancers Frieze) 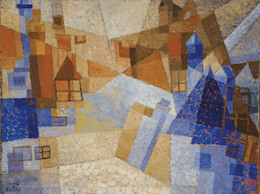 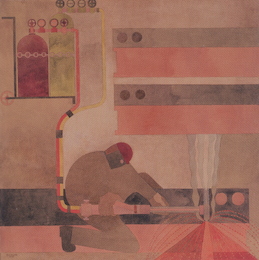 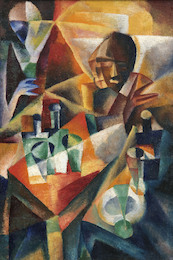 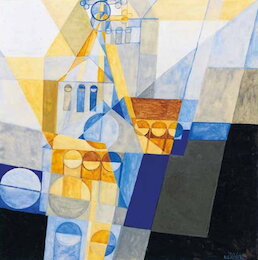