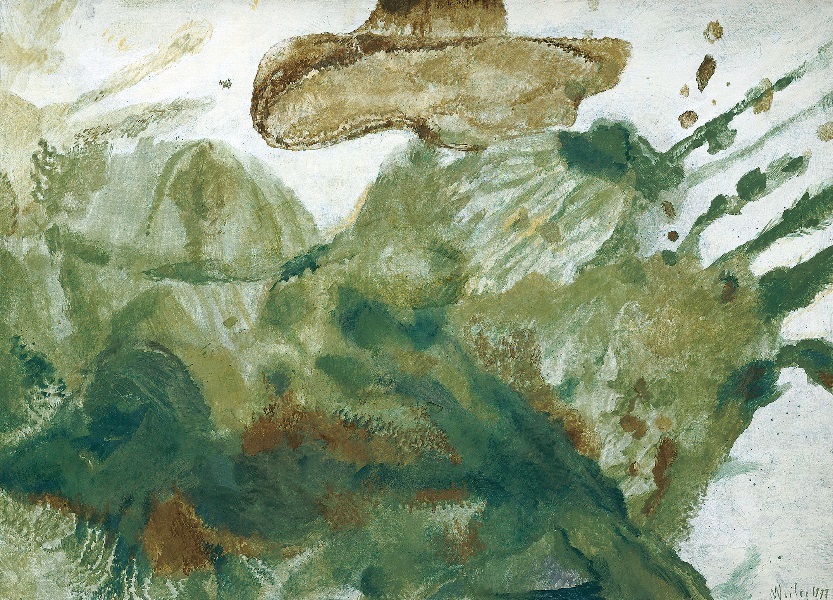 For many years we have been involved with the work of Max Weiler and regularly present his works at home and abroad. We are very pleased to be able to show the exhibition "Max Weiler - The late 70s" from 9 June to 31 July 2020. Especially the 70s are an important time in the work of Max Weiler, as he finds an unbelievable lightness in his work. In addition to outstanding works on paper from this period, we are also showing selected paintings.

"Max Weiler (1910-2001) is one of the great representatives of Austrian painting of the second half of the 20th century. However, he was not only a magnificent painter, but also one of the most important and probably most productive European draughtsmen of his generation. This assessment has been consolidated over the last two decades - probably also by groundbreaking exhibitions at the MUMOK (2004), the Essl Museum (2010), the Albertina (2011) or the Pinakothek der Moderne in Munich (2012). Throughout his life, the Tyrolean-born artist felt connected to Chinese thinking and Chinese art - due to a common cosmological understanding of the world and nature. Weiler's art was not concerned with the topographical reproduction of landscapes; he wanted to understand nature as a whole, in its becoming and passing and tried to understand and depict the spiritual in nature. Starting from nature and in close connection with it, he developed a gesturally expressive to meditative abstract painting.

From the very beginning, Weiler also worked on paper and opened up a wide field, ranging from small spontaneous sketches to large-scale paintings, always in constant exchange with the paintings. In the works of the 1970s - certainly the most important decade for Weiler's drawing art - the vertical dominates. Everything is in a state of flux; ravines, chasms, abysses, and enormous slopes are more important than a static, horizontal landscape stage. Ambiguous with flowing borders and transitions, allowing for chance but also planning, the artist creates his graphic cosmos anew again and again. Weiler is, as Gottfried Boehm once aptly put it, "a draughtsman against the line and for the line". Seen from close up, we see a storm of signs, microstructures of hatching and scribbling, a dense composition of curls, dots, spots, clots and whirls. It almost seems as if what we are looking at is only now emerging, as if the smallest linear cell carries within itself the potential power for expansion and unlimited growth. 'When I draw, I am a copyist', Max Weiler wrote in 1976 in the 'Tag- und Nachtheften' and leads us a little astray with this sentence. For he continues: 'I find it lying there, I only need to draw the lines in the right place, but they are already there, I find them, and I rejoice in the unbelievable capers of my found images, my models, my archetypes, which, by seeing them, I bring to value because I record them, I really do them (...).'" 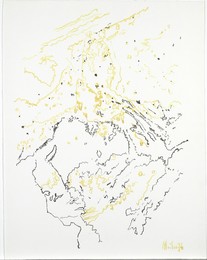 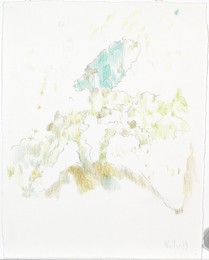 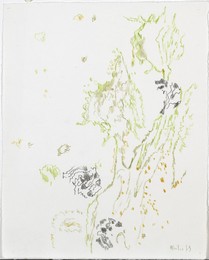 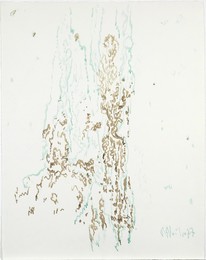 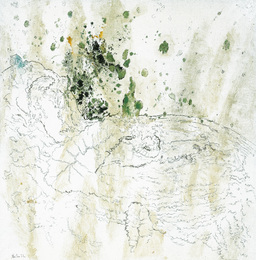 Die Wolken dieser Landschaft ("The Clouds of this Landscape") 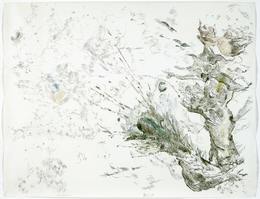 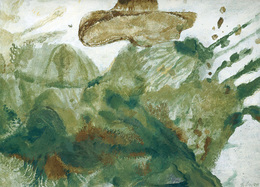 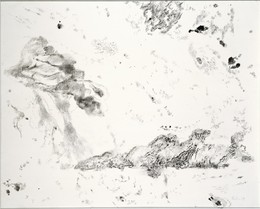 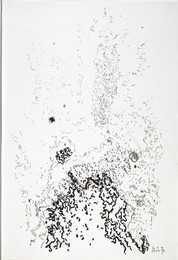 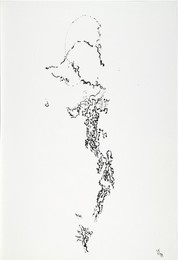 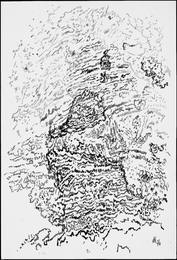 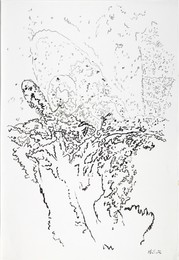 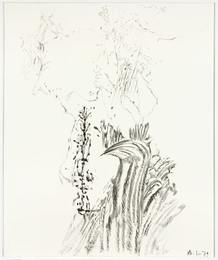 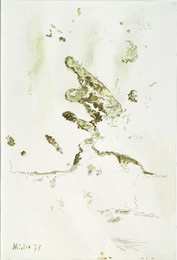 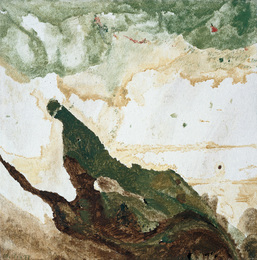 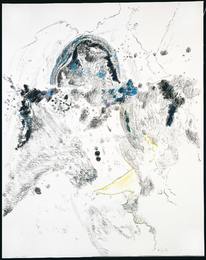 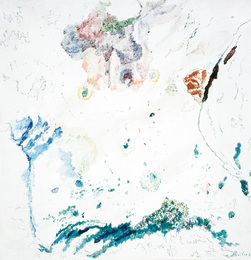 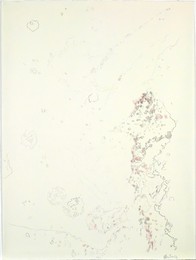 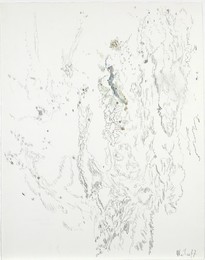 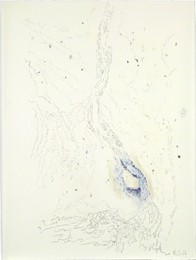 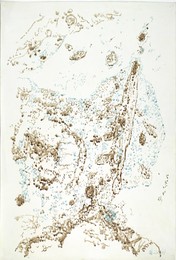 Im Hohlweg ("In the Gully") 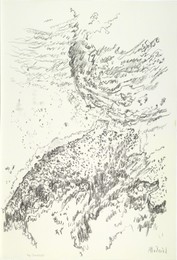